“We’re pleased to be ranked again in the top 200 community banks in the nation,” said Scott Cattanach, president and CEO of Peoples State Bank. “Our goal is to provide an exceptional experience for our customers…no matter how they bank with us. And this continued ranking recognizes our approach that doing the right things for our customers with valuable banking products increases the strength of our bank while supporting community growth.”

Community banks—like Peoples State Bank—are vested in the quality of life within the community they’re located. S&P Global Market Intelligence reviewed a total of 511 publicly traded banks with less than $2 billion in assets as of December 31, 2019 for the ranking. The ranking was based on three-year average return on average stockholders’ equity.

PSB Holdings, Inc., continues to be the only bank headquartered in central Wisconsin, and one of only five banks based in Wisconsin, to be included on the list.

“Recognition in this list of top performers demonstrates Peoples’ strong financial foundation for our shareholders and customers,” said Cattanach. “A special ‘thank you’ to our customers and staff for this notable honor.”

Stock Symbol: PSBQ | Real-Time Quotes: www.OTCmarkets.com PSB Holdings, Inc. is the parent company of Peoples State Bank. Peoples is a community bank headquartered in Wausau, Wisconsin, serving Wisconsin from nine full-service banking locations in Marathon, Oneida, Vilas, and Milwaukee Counties, as well as commercial loan production offices in Milwaukee and Stevens Point, WI. Peoples provides financial services to business owners and individuals, as well as investments and retirement planning services through Peoples Wealth Management, a division of Peoples. Peoples was founded in 1962 and has total assets in excess of $950 million. PSB Holdings, Inc. common stock is traded under stock symbol PSBQ on the OTCQX Market. Peoples is an Equal Housing Lender and Member FDIC. More information about PSB, its management, and its financial performance may be found at www.psbholdingsinc.com. 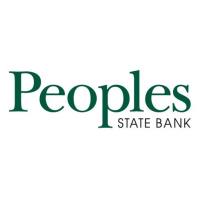