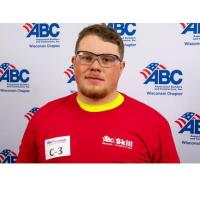 Four of Wisconsin’s top construction apprentices have earned top honors in their respective trades, and now move on to the Associated Builders and Contractors National Craft Championships in Nashville.

The four advanced after placing first in their respective trades at the ABC of Wisconsin Skill Competition on Jan. 31 and will now compete against the top craft trainees from around the U.S., according to a news release from the ABC.

The Skill Competition, held in West Bend, included 40 competitors representing four technical colleges in carpentry, electrical, HVAC, and plumbing. The day-long event included a practical competition in the morning and a written exam in the afternoon.

The National Craft Championships will be held in March. Wisconsin typically produces a medal winner at the national competition in one or more trades.